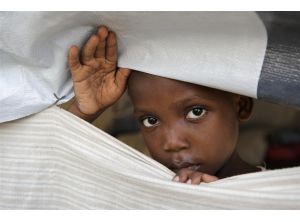 A child peeks through the walls of his makeshift home in a displaced persons camp in Port au Prince, Haiti. 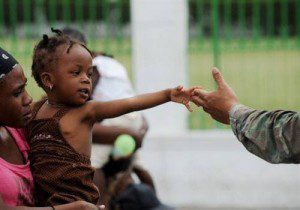 A young child reaches out to greet a soldier in Port au Prince, Haiti.

One year later, on the first anniversary of one of the worst disasters in history, Haiti continues to struggle. Over 1 million remain homeless, thousands have died from cholera, and yet Haitians remain hopeful. 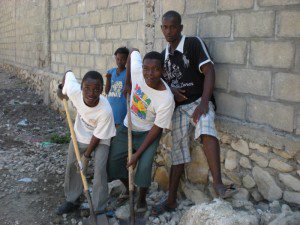 Young men are the muscle behind the clean up and reconstruction efforts in Haiti. Much of the rubble is being removed by hand.