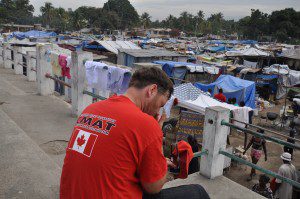 Thursday, January 12, 2012 – Today marks the second anniversary since the devastating 2010 earthquake in Haiti. It left in its wake a trail of massive destruction, including more than 200,000 people dead and 2.3 million people displaced.

Two years on, a massive humanitarian operation has yielded remarkable results and continues to save lives, but the humanitarian crisis in the country is not over. 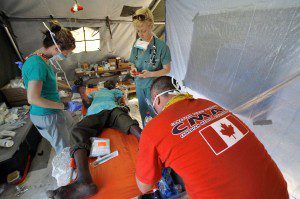 Two years on, a sustained and colossal humanitarian operation in response to the earthquake and the cholera epidemic has yielded remarkable results and continues to save lives.

Today, almost one million people have moved from camps to homes. The collapse of 70,000 buildings generated 10 million cubic metres of debris, 50 per cent of which has now been removed. Transitional shelters have been provided to 420,000 people. 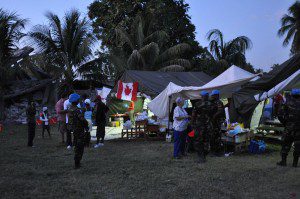 Schools and hospitals have been rebuilt, and more children are being educated today than before the earthquake. A joint national contingency plan, developed with the international community for the first time, has been replicated in all 10 departments in Haiti should another major natural disaster strike the country.

Haiti is taking the road to recovery, with several large-scale reconstruction projects being launched. But humanitarian assistance will still be needed in 2012 and beyond to provide basic services to more than half a million displaced people still stranded in camps. And it will still be needed to contain the cholera epidemic that has so far killed 7,000 people and infected 500,000 Haitians.