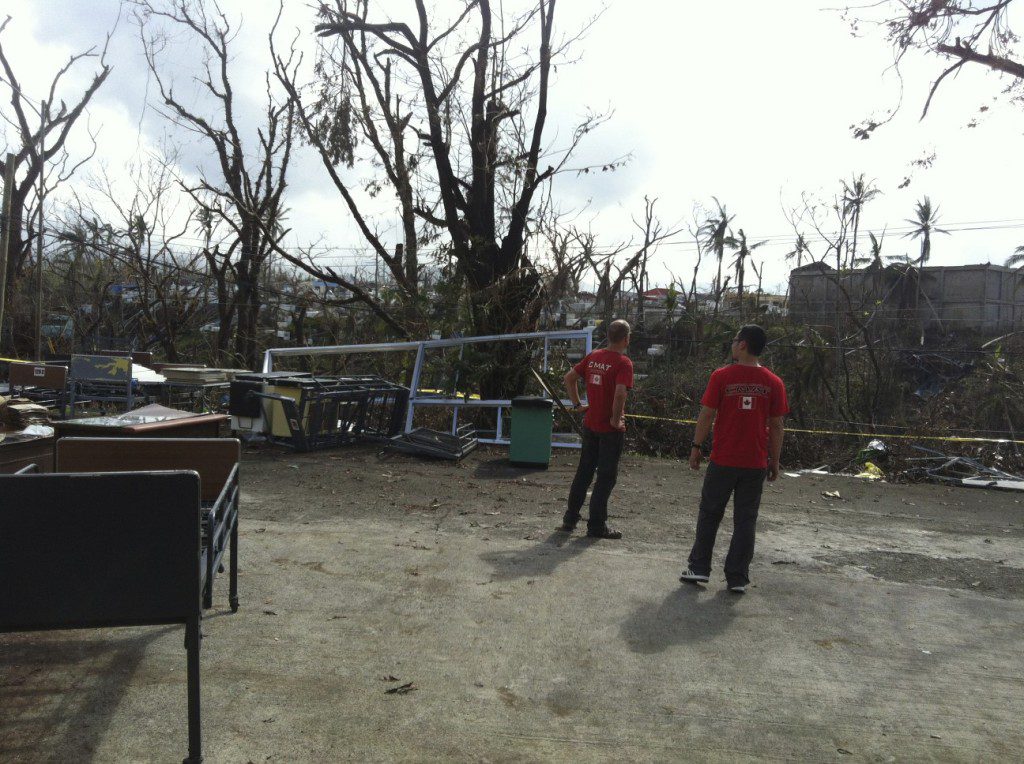 Ormoc, Leyte, Philippines – Sunday November 17, 2013: The Assessment team arrived into the devastated region of Leyte early Sunday morning, and completed a survey of the city of Ormoc, as well as several rural villages in the environs.

The devastation in the region was nearly total, as homes and businesses could not withstand the wrath of Typhoon Yolanda (Haiyan), which struck the region on November 8th.  Trees were toppled like toothpicks, and debris such as roofing material and branches clogged roads.  The electrical grid took the brunt of this storm, and early speculation is that power will not be restored to the island until at least the end of December.

The team visited the Ormoc District Hospital (ODH), the only public hospital in the city, and found that the majority of the structure did not survive the storm.  Even though the roof had been blown off, and windows smashed, patients continued to pour in, and were being treated in a makeshift manner in the hospital lobby.  The team encountered representatives from Mercy Malaysia and MSF, who had decided to set up their base of operations there, and will be converting the existing emergency room into an operating theatre and delivery room, while setting their field hospital tent up in the front yard of the ODH. At present, there is no projected timeframe for the rehabilitation of this facility.

The team continued on and visited Rural Health Units in Merida and Isabel, west of Ormoc, both of which were being staffed by redeployed Filipino staff from other provinces.  Both indicated that while they were seeing an influx of patients, the more seriously ill or injured patients had already travelled directly to Ormoc to seek treatment. 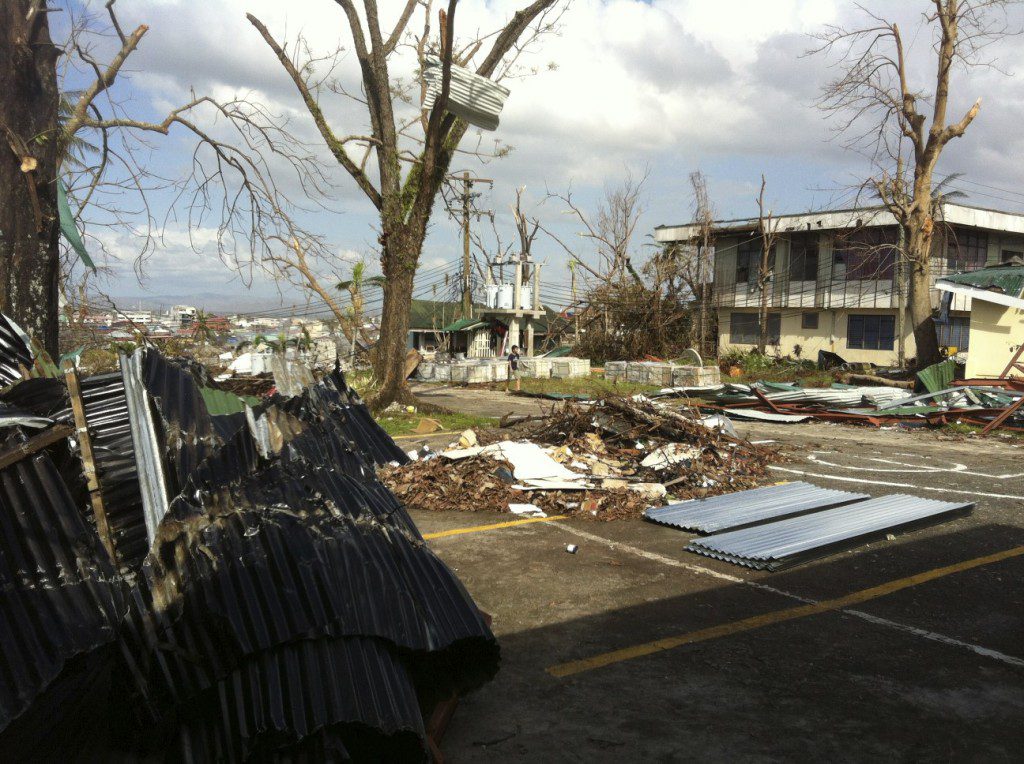 The wrath of Typhoon Yolanda (Haiyan) is evident on the buildings of Ormoc. Roof sheets torn off by the wind are wrapped around trees.

The team then returned to Ormoc, and toured the Ormoc Sugar Planters Association Farmer’s Hospital (OSPA).  This facility unfortunately lost 9 patients during the height of the storm, 4 when the ventilators lost power, and five when the roof collapsed. Similar to other facilities in the city, this hospital continues to see patients in a makeshift triage and emergency room housed in the lobby.

CMAT continues to liaiase with the World Health Organization and Filipino Department of Health – Health Cluster to evaluate the best and most appropriate locations with the highest needs, in anticipation of the arrival and deployment of the field hospital and first medical team in the coming days.

CMAT thanks its supporters for their generous donations.  We continue to encourage the generosity of our donors by contributing to our Typhoon Yolanda (Haiyan) Relief fund at  http://www.canadahelps.org/dn/16574

We also continue to accept donated Air Canada Aeroplan miles,  please consider donating as part of the Beyond Miles Aeroplan Campaign. For more information, you can visit: http://beyondmiles.aeroplan.com/eng/charity/252.