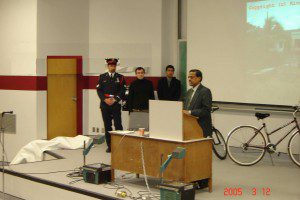 March 14, 2005: CMAT announced at a March 12 Tsunami symposium organized by McMaster University, Hamilton, Canada that it will be supporting a McMaster University initiative to distribute more than 500 bicycles donated by faculty and students. The bicycles will be shipped to Sri Lanka where CMAT and McMaster student reps will coordinate distribution to needy families along the eastern coast of Sri Lanka.

At the Tsunami symposium, McMaster President Mr. Peter George’s donated bicycle was symbolically handed over to the Toronto Sri Lankan Ambassador by MacCycle Director Mr. Pradeep Singh. Over 500 bicycles were collected by the student-run co-op, including several new bicycles donated by Hamilton Police Services, and former member of parliament Mr. Stan Keyes. Each donated bicycle was refurbished by skilled volunteers. 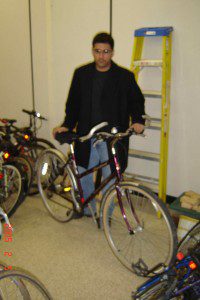 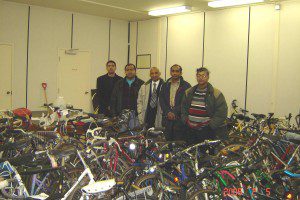 Organizers amidst 250 donated bicycles from McMaster University faculty and students.