The CMAT Assessment team arrived in Port au Prince, Haïti last evening, and immediately hit the ground running. Our Haïtian partner organization HERO reported three patients with pelvic fractures needing helicopter medi-evac and two CMAT paramedics were assigned to this transfer. They boarded a US Coast Guard SeaHawk Helicopter to Jérémie to retrieve the patients and transported them to Port au Prince to access a higher level of care.

Once returned, the team had no time to rest as they boarded the same helicopter for transport to Les Cayes, a small city on the southern coast of Haïti, close to the epicentre of the quake. Arriving at dusk, they noted there was some damage to buildings and others had collapsed. Destruction reminiscent but not nearly as catastrophic 2010 earthquake.

This morning, the team was up before dawn, preparing for a busy day. Tasked with assessing the overall patient needs at Ofatma Hospital in Les Cayes, part of the team worked with local Haïtian medical staff to triage the most critically injured patients, and arrange for medi-evac by helicopter to Port au Prince. The most common injuries noted were fractures, both open and closed, femur and pelvis primarily. Gaping wounds, and other soft tissue injuries as well as several head injuries were also noted, including an orbital fracture of the eye socket, which was caused by cinder blocks collapsing on the patient.

Many patients and families remain terrified of aftershocks, and so they have opted to move their beds to the breezeway and back lawn of the hospital, sleeping in the open air to avoid the risk of building collapse.

As Tropical Storm Grace makes its way across the island, these patients are at increased risk of exposure to infectious disease.

While the majority of patients assessed were stable and could remain in Les Cayes, the team made note of the significant need for medical equipment, supplies (like IV fluids) and medications, which remain in extremely short supply. In particular, intravenous and oral antibiotics are a high priority.

The other part of the team was stationed at the local airport, facilitating the transfers of patients by USCG Helicopter. In total, CMAT and HERO facilitated the transfer of approximately 45 critically injured patients to Port au Prince in about 8 hours.

Tomorrow, the team will continue with its needs assessment of the area by visiting other hospitals in the city. It has already become apparent, however, that the human resource needs are being well met by local staff. The need at present lies in medical equipment and supplies.

CMAT has arranged for air transportation of medical supplies from Canada to Haïti by the end of this week, but we need your help to purchase or acquire enough wound dressings, medications, casting supplies, and IV fluids to fill the jet.

Your financial contribution comes at a critical time! Please donate generously at: https://www.canadahelps.org/…/2021-earthquake-in-haiti/

On behalf of the patients, and our medical teams who serve them, we wish to express our sincerest gratitude for your generosity. 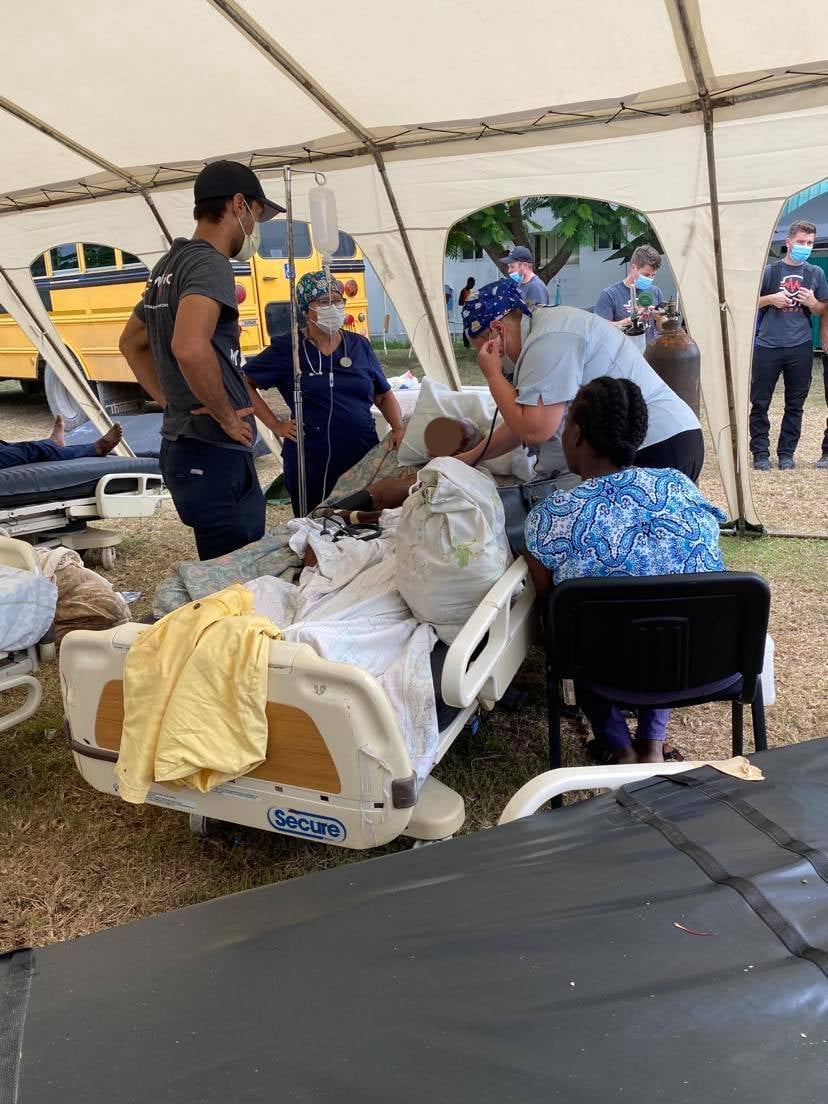