August 21, 2021 – Port au Prince, Haiti: The last chopper of the day landed after 9pm last night. Dark had already set in but the tarmac was well lit.

A woman who appeared 9 months pregnant, but said she was only 7 months was transferred from Les Cayes with a shattered pelvis. She also presented with a BP of 270/160. There was no fetal doppler available, but HERO medics mentioned they had a Butterfly Handheld Ultrasound device.

With military helicopter rotors spinning, and ambulance lights flashing, our team leader and Nurse Practitioner Valerie Rzepka performed an obstetric ultrasound on the patient, right on the tarmac at the airport in Port-au-Prince.

It took a moment looking at the image to figure out what was going on… One heartbeat…. Two heartbeats… the patient was having twins… and both twins had strong heartbeats!!! The IV medication dropped her BP, and she was placed in the ambulance to transport to hospital for a c-section and repair of her pelvic fracture. 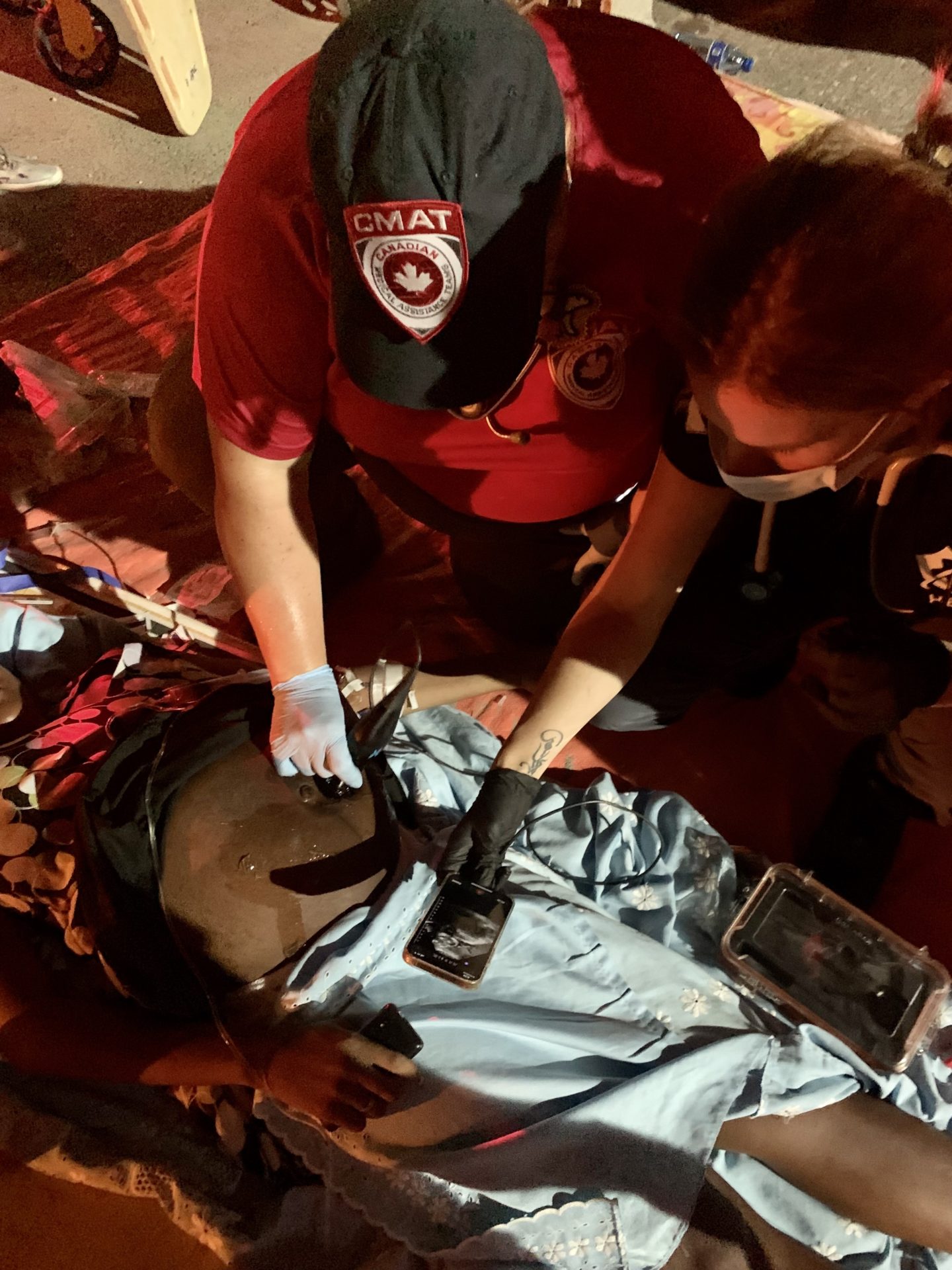