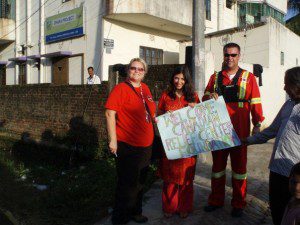 Tuesday, September 18, 2007 – BRANTFORD, CANADA: CMAT announced today that it has endorsed the activities of the Dhaka Project – a grassroots humanitarian project started by Ms. Maria Conceicao, a flight attendant for Emirates Airways. Conceicao was so moved by the plight of Dhaka’s homelessness and poverty that she spearheaded the Maria Cristina Foundation. 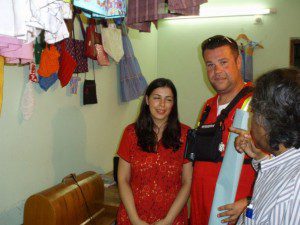 In July 2005 with the support of her family, colleagues and friends, Maria started the charity project to help the many families in Bangladesh starting with a one-room school.  Maria has since 2005 been developing and running humanitarian projects in Bangladesh focusing on providing free education to the children; thus breaking the cycle of poverty. 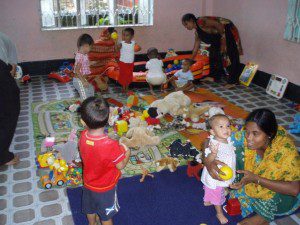 She established a nursery for babies, a preschool for toddlers, a primary and secondary school equipped with a library, IT center,  canteen, first aid and dental center,  training center for adults in sewing, beauty skills, carpentry, welding. She created a garbage disposal system infrastructure, built roads, public lavatories, and water wells in the slums.  With her help, over 700 birth certificates were issued and vaccinations were provided to the community members, four local schools were fully renovated and furnished. After a few years of experimentation since the initial intervention, alternatives for the future of slum dwellers were clear. Maria realised she was only addressing the signs and symptoms of poverty and that one shouldn’t lose sight of the true potential of all those living in the extreme poverty.

Click here to learn more about The Maria Cristina Foundation