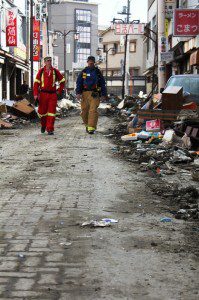 Wednesday, March 23, 2011: The team which left Vancouver yesterday has arrived in Tokyo. They were met by our kind drivers, and taken into the city for the night, to prepare for their six-hour drive north to Miyagi prefecture in the morning.

Dr. Jarvis’ Geiger counter (ionizing radiation detector) has found that the level of radiation in the air in Tokyo is even less than that in Halifax!

The highways to Tokyo are bottlenecked with travellers, and at times, only military vehicles and those with special permits may travel. Securing these special permits has proven challenging, but not impossible. 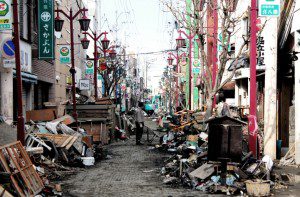 Ishinomaki was severely affected by both the earthquake and the tsunami.

The advanced team has made their way to Ishinomaki, which is a small coastal town north of Sendai in the Miyagi prefecture. They spent a chilly and rocky night, with several aftershocks ranging from 5.0 to 6.6, but everyone is safe and sound. The team spent the day assessing the devastated area, where search and rescue missions are still going on, and attended a briefing meeting. Several of the members spent time working in a recovery centre, where there were quite a few patients. 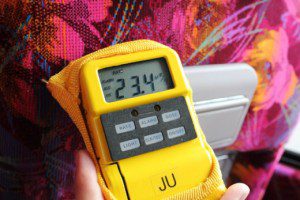 CMAT has 2 radiation detectors to monitor not only radiation exposure, but also overall exposure during the trip. Low levels were observed in Tokyo, but increased as the team travelled further north.

While the team reunites and settles into their surroundings, the cold temperatures and snow continue, and is affecting the people displaced by this disaster even more so by putting them at risk of hypothermia and frostbite.

Access to regular communications has also proven challenging, but we here at home will attempt to provide updates as often as is possible.