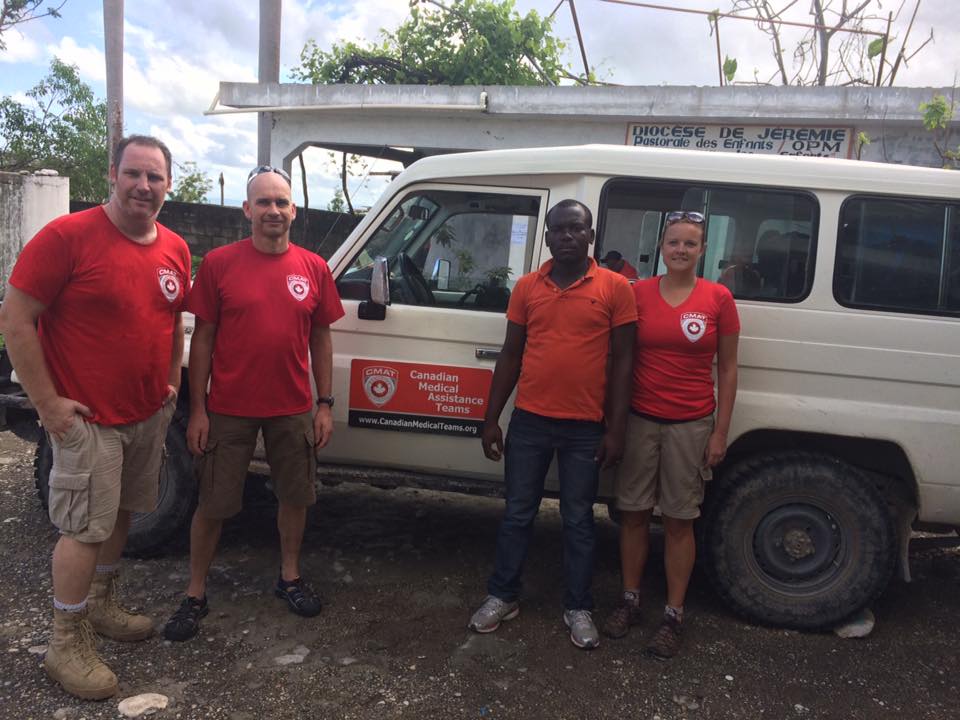 November 9, 2016 – Jérémie, Haïti  – The Team arrived in Jérémie over the weekend, and spent a restful night graciously hosted by friends at the Centre Pastoral et Catechetique Maria Stella Maris.  We thank the community centre for allowing our team to set up their tents indoors, allowing them to stay dry! While staying at the centre before the next day’s journey,  they helped to clear the community centre area of debris, and several large fallen trees which were toppled during the hurricane. (Click on thumbnails to view larger image)

Team leader Martin Metz, who aside from being a Paramedic is also an experienced arborist used our donated chainsaw to create “Canadian Chairs” for the community centre!

Through government contacts, and the UN Water, Sanitation and Hygiene (WaSH) Cluster, the team identified a remote community in the westernmost tip of southern Haïti which needed access to clean water.  Deployments like this can sometimes be challenging, and this was no exception.  The team faced torrential downpours, winding mountain roads, and even two flat tires!  But the team kept calm, and carried on with smiles and spirits intact!